A librarian at Cornell University has claimed libraries are ‘fraught with racism’ – and highlighted the book classification system as evidence of their bigotry.

She said: ‘As a librarian, I see the ways in which my profession has the capacity to confront bias and misinformation in ways we approach and teach information and digital literacy.

‘Libraries are predominantly white fields, and Cornell is no exception in this regard. Libraries themselves also have a fraught history of being complicit in racism, and in some cases, upholding and disseminating racist ideas.’

She made the comment during a virtual school event on Confronting Anti-Asian Racism on Friday. Esmail said she believes libraries should be held accountable for reinforcing white supremacy, even if it’s inadvertent, The Cornell Daily Sun reported.

Esmail used the example of the the Dewey Decimal System to illustrate her point.

Reanna Esmail, an outreach and engagement librarian at Cornell’s Olin Library, said libraries have a ‘fraught history of being complicit in racism, and in some cases, upholding and disseminating racist ideas’ 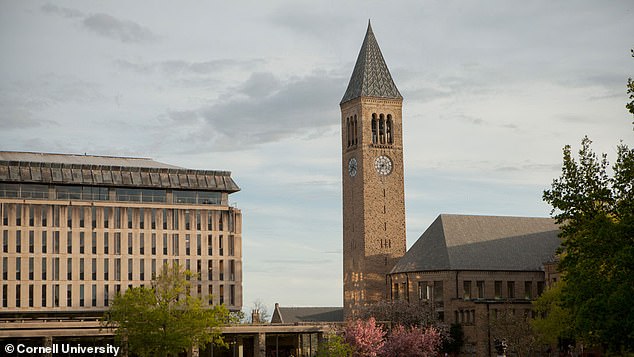 Libraries, like those on Cornell University campus, pictured, have a history rooted in racism starting with the creator of the Dewey Decimal Classification 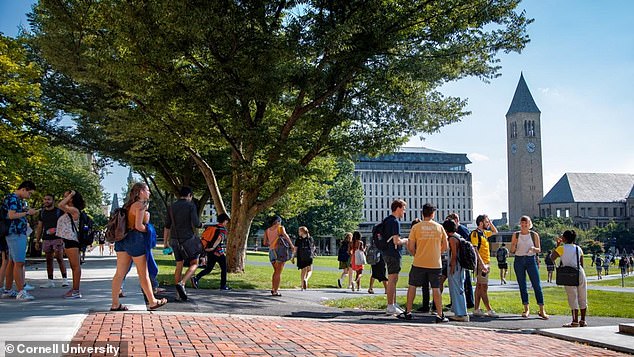 Esmail made her remarks during a virtual discussion on stopping anti-Asian American hatred. Cornell’s quad is pictured, with its Olin Library just to the right of the large tree 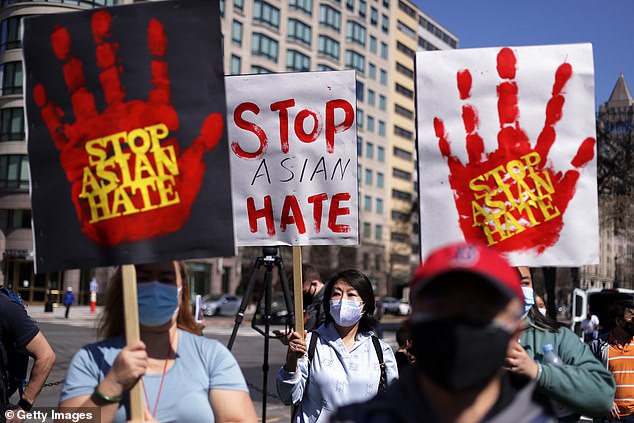 Protesters take to the streets of Washington DC to demonstrate against Anti-Asian racism in Washington DC on March 21, with libraries now in the spotlight

The system, also known as DDC, was devised my American librarian Melvil Dewey in 1876. It is used to classify books by subject by organizing each topic into a numbered section between 000 and 999. Decimal points are then used to subdivide sections further – 974 is used for New England, with 974.1 then given to Maine, 974.2 used for New Hampshire, and so on.

Esmail accused the DDC of using ‘outdated’ language to refer to Asian people. She did not elaborate further, but the system gives individual sections to many western nationalities, then refers to Thai people as ‘Tai,’ and puts them into the same ‘miscellaneous’ section as people from Vietnam.

Similarly, the entire nation of Africa is lumped under a single section in the ‘people’ category of the DDC, which also includes people from Cuba, the Dominican Republic and Puerto Rico.

DDC has faced similar criticism for the uneven focus on languages.

Jane Behre, a library research scientist explained her issue with the DDC in a June 2020 post on hacklibraryschool.com.

These split languages into topics as varied as etymology, grammar, dictionaries and historic variations.

But nine ‘other languages,’ including those of east and southeast Asia, African languages, have just one classification code each.

The number 495 is given to classify books on Languages on East and Southeast Asia – their only mention in the system. And the number 496 is the only one dedicated to African languages, despite the continent being home to 54 countries, and an estimated 2,000 languages.

‘A similar pattern exists when looking at the Library of Congress classifications for languages,’ she said.

Similar criticisms have been made over the Dewey System’s representation of religion, with 89 sections devoted to Christianity, but just one assigned to Islam, and another for Judaism. 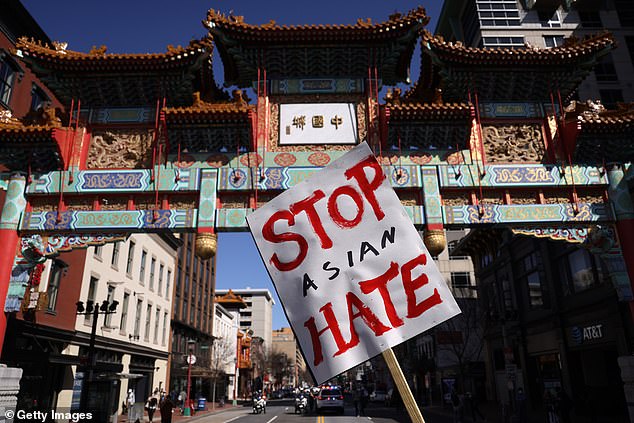 Groups are standing up to racism, which is forcing many institutions, including libraries, to look inward

Homosexuality initially appeared in the DDC in the sections numbered 132 and 159.9 – devoted to mental derangements and abnormal psychology.

It has since been moved to section 306.7, which covers sexual relations. The classification system was also branded sexist, after previously putting its section on women close to its ‘etiquette’ section.

Libraries were only desegregated in the United States in 1964.

It was first publicly used in the US three years later.

Dewey’s invention is intended to help a library user or librarian find and organize books quickly and logically.

The DDC assigns all knowledge into 10 basic groups, with each group assigned 100 numbers.

These 10 main groups are in turn subdivided again and again to provide more specific subject groups within their range of assigned numbers.

For example, the history of Europe is placed in the 940s, and can be divided again with using single digits, or decimal points, as the subject becomes more specialized.

The DDC has been revised multiple times to keep up with changing societal attitudes.

Homosexuality has been moved out of the ‘mental derangements’ section and into the ‘sexual relations’ section, while the section on women no longer sits close to etiquette, as the two subjects are no longer considered linked.