A detention center officer in New Mexico is suing his employer for threatening to fire him if he refused to receive a coronavirus vaccine.

The lawsuit filed by Isaac Legaretta on Sunday marked America’s first to take on the issue of mandatory COVID-19 vaccinations.

The complaint alleges that the Doña Ana County Manager Fernando Macias and Legaretta’s supervisor violated his rights by making the vaccine a condition of employment for first responders.

‘You can’t be forced to be a human guinea pig when a product is experimental,’ Legaretta’s attorney Ana Garner, who works for the nonprofit New Mexico Stands Up!, told Bloomberg Law.

‘We have the right to bodily integrity.’

Isaac Legaretta, a detention center officer in Doña Ana County, New Mexico, sued his employer for threatening to fire him if he refused to get a COVID-19 vaccine (file photo)

An attorney for the county responded to the suit by arguing that the Centers for Disease Control (CDC) and the Equal Employment Opportunity Commission (EEOC) allow for employers to mandate vaccinations, unless a reasonable accommodation has been approved.

Last March the EEOC issued a statement saying that employers covered by the American Disabilities Act and the Civil Rights Act cannot compel all employees to take a vaccine.

Under those acts, employees could be exempt for certain health and religious reasons.

However, the county attorney claimed that Legaretta hasn’t presented evidence of having a qualifying condition exempting him from getting a vaccine.

Macias first announced the vaccine mandate for all first responders – including police officers, detention center workers and anyone in contact with detainees – on January 29.

‘It is required that, if you have not already started your vaccinations, that you be vaccinated with your first dose on one of those days, or contact Human Resources for accommodation,’ the county manager wrote in a memo.

‘Being vaccinated is a requirement and a condition of on-going employment with the County due to the significant health and safety risks posed by contracting or spreading COVID-19.’

Legaretta’s complaint referenced another memo on February 17 in which the county told him he had five days to provide proof that he’d been vaccinated.

The complaint asserted that Legaretta’s superiors have threatened to fire him or write him up at work on multiple occasions in response to his refusal.

His lawsuit seeks an injunction against termination or reinstatement if he is potentially fired. 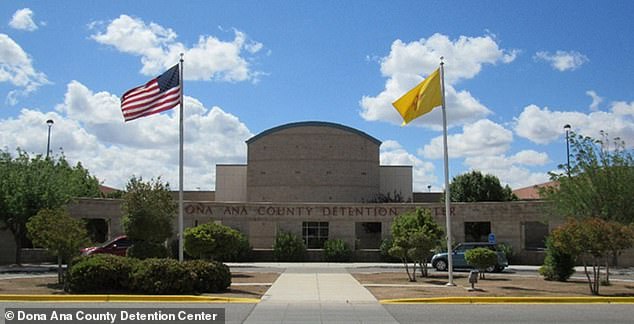 Ever since the vaccine rollout kicked off in December, experts have predicted an onslaught of lawsuits regarding whether an employer is allowed to dismiss an employee who refuses to get vaccinated and isn’t protected by law.

Many employment lawyers say the short answer to that question is yes.

‘The employer has the latitude under the EEOC to keep the workplace safe,’ Jerry Maatman, an employment law attorney with Seyfarth Shaw in Chicago, told the Associated Press last month.

However, Maatman cautioned that while the EEOC has released guidelines about the vaccine, issues over employers’ rights to dismiss staffers who don’t comply would likely end up in court.

‘These rulings are going to take place in the second and third quarters,’ he says.

Maatman said he advises businesses to seek legal or human resources advice before disciplining or dismissing employees over vaccinations, whether or not the staffers are in what’s called a protected class.

Legal and HR experts also recommend employers create companywide policies on vaccinations, provide each staffer with a copy and explain to everyone why the shots are necessary.

And owners should keep in mind that this is a subject that requires sensitivity and understanding – an overbearing approach can be a morale buster.

Joe Biden commented on the issue in December, saying he does not think the vaccine ‘should be mandatory’.

‘I wouldn’t demand it to be mandatory,’ the then-president-elect said. ‘Just like I don’t think masks have to be made mandatory nationwide.’