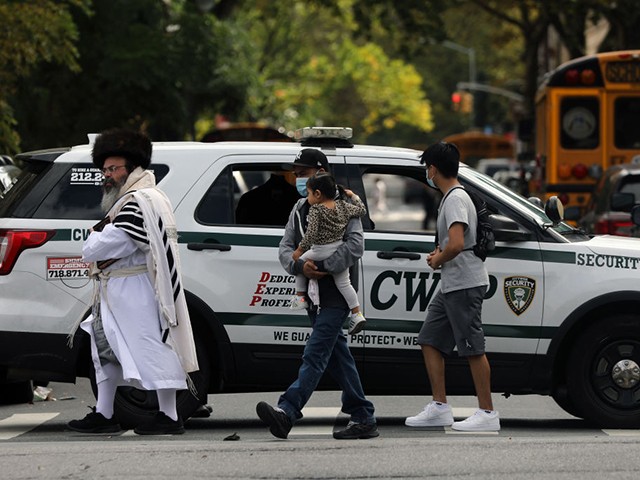 In a city populated by and governed by Democrats, a deep blue city where His Fraudulency Joe Biden won a whopping 76 percent of the vote, there has been an explosion in hate crimes.

The Times of Israel reports that hate crimes in Democrat-run New York City have exploded by 73 percent over this same time period last year.

So, yes, there were fewer hate crimes in New York when Donald Trump was president.

The NYPD’s Hate Crime Task Force said the city recorded 180 hate crimes through May 2, compared to 104 such crimes during the same period last year, a 73% increase.

Asians were the most targeted group with 80 hate crimes through May 2 — soaring from 16 in the same period in 2020. Jews were the next most targeted.

Why is this happening? Simple: Democrats hate Jews and Asians.

Hey, remember when the corporate media were pretending to be outraged over this increase in hate crimes against Asian-Americans and then the excitement completely disappeared when their attempt to blame it on Trump exploded in the face of reality after it was discovered that all of the hate crimes were happening in Democrat-run cities and almost none of the suspects were white guys?

As I’ve pointed out in-depth already, if there is a hate crime crisis, which is what we are seeing in New York, it’s in a city governed by Democrats and overwhelmingly populated by Democrats. Out here in Rural MAGA Land, we don’t have hate crime crises because we know how to live together just fine without all the racial tensions you see in Deep Blue Cities where Democrats live and govern.

The lack of hate crime crises in Rural MAGA Land is especially notable when you remember that the media want to blame Trump voters for racism — even though there’s almost no racism where Trump voters live.

And it’s not as though racial minorities don’t live in Rural MAGA Land. At least 12 percent of the rural population is non-white, and still we have no racial tensions while all the hate crime crises unfold where Democrats live and govern.

One of the safest places for an Asian to walk the street alone is Rural Alabama. The least safe place is a city populated by and governed by Democrats.

Yep, all the gun violence and hate crime crises, all the racial tensions, all the pollution and race riots, all the violent crime, all these terrible things are serious problems in Democrat-run cities, where Democrats have been exclusively in charge for decades. Sure, Rural America has its problems, but nothing like what we’re seeing unfold where Democrats are in charge, nothing even close.

My wife and I just spent a month traveling through the Deep South… South Carolina, Georgia, Alabama, Mississippi, Tennessee… And, when possible, we stayed far away from the cities and major interstates… You want to know what we found, even in cities like Memphis and Nashville…? That the South is much more racially integrated than the fake media would have you believe and everyone gets along just fine.

If you want to avoid hate crimes, get out of the cities where Democrats are in charge, for it is Democrats who are the racists, who manufacture racial tensions, and who have forgotten how to govern so their only tactic left is to keep their citizens divided and hating one another.