President Joe Biden is struggling to hold Senate Democrats together as they prepare to vote on his $1.9 trillion COVID relief plan this week.

And, to make sure his legislation passes, the president is working the phones. He’ll call into the Senate Democrats’ weekly luncheon on Tuesday afternoon and he spoke to a group of wavering moderate senators on Monday.

‘The president’s focus this week and in coming weeks, until it’s passed, is on the American Rescue Plan,’ White House press secretary Jen Psaki said Monday.

‘We’ve reserved time in his schedule to ensure that he can be engaged, roll up his sleeves and be personally involved in making phone calls, having more zoom meetings, potentially having people in the Oval Office, to make sure we can get this across the finish line. He will be very involved personally,’ she noted.

The clock is ticking at the long-term unemployment benefit for those hurt by the coronavirus pandemic runs out on March 14 unless the relief bill becomes law.

President Joe Biden is personally working the phone as he struggles to hold Senate Democrats together on his $1.9 trillion COVID relief plan 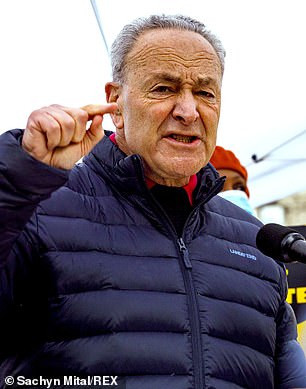 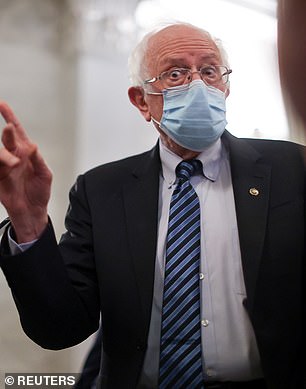 In the Senate, the pressure is on both moderate and progressive lawmakers to support the package as Democrats can’t afford to lose a single vote in the evenly split 50-50 chamber.

Biden’s plan passed the House without a single Republican vote and it doesn’t have GOP support in the Senate either – making it all the more crucial for Democrats to stick together. Vice President Kamala Harris could end casting the tie breaking vote.

Several moderate-leaning senators have raised concerns about the structure of unemployment insurance benefits and the $350 billion in aid to state and local governments.

Sen. Jon Tester of Montana, who participated in Monday’s call with Biden, said the conversation focused on ‘targeting the dollars … it wasn’t talking about reducing it, just targeting’ the money that was included.

‘We’re just looking for a targeted bill; [we] want it to be very targeted, helping the people that need help the most,’ he said.

Manchin wants to reduce the weekly unemployment benefit from $400 to $300 and other Democratic senators want to extend how long the payments are made.

And changes could come.

‘My guess is it’s probably going to change but pretty modestly, that’d be my guess, that’s a guess,’ Tester said.

But any major change to the legislation could cost progressive support.

And liberals already are disappointed the $15 per hour minimum wage didn’t make the cut after a ruling from the Senate parliamentarian. 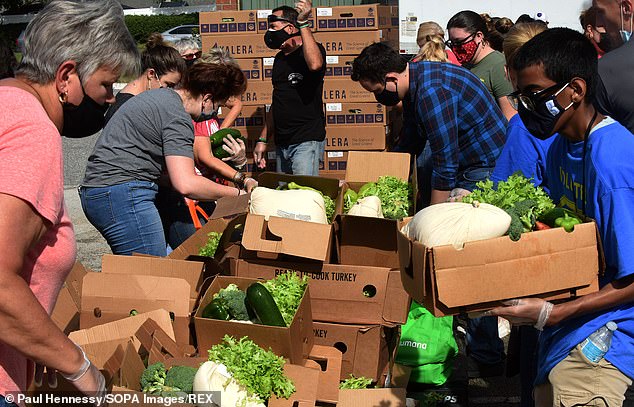 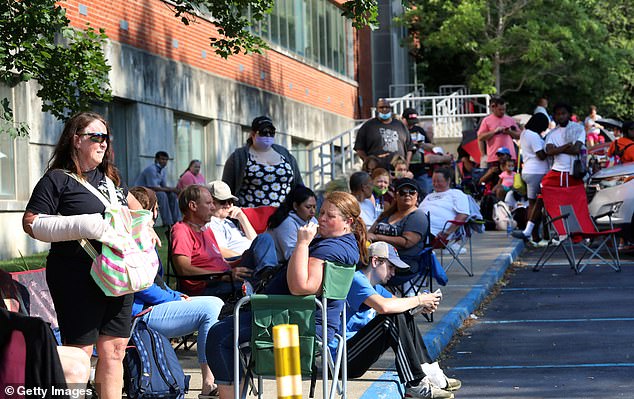 Other liberals want the ruling to be overridden.

But Biden and Democratic leadership have made it clear they won’t take that step, which would have to be voted on in the Senate – a vote that would likely fail.

An initial vote on Biden’s COVID relief legislation could come in the Senate as early as Wednesday.

‘I expect a hearty debate and some late nights,’ Senate Majority Leader Chuck Schumer said on the Senate floor Monday. ‘But the American people sent us here with a job to do.’

Adding to the challenge is the legislative minefield the COVID relief package is being considered under in the Senate.

The reconciliation process allows for a free-flowing amendment process, meaning senators can force as many votes on amendments as they like.

And if two Democrats break ranks, they, along with 49 Republicans, could amend the bill.

Democratic leadership want as few amendments as possible in order to get the legislation passed before the March 14 unemployment deadline.

Once the legislation passes the Senate, it goes back to the House for a final vote before Biden can sign it into law.