The Duchess of Sussex’s privacy case ‘cried out’ for her to be cross-examined over a letter she wrote to her father Thomas Markle, lawyers for the Mail On Sunday and MailOnline today told a High Court bid to appeal against a judge’s decision to deny them a full trial.

Meghan Markle last month won a summary judgement in her legal battle after High Court judge Mr Justice Warby said her case didn’t need to go to a full trial in her privacy claim for publishing extracts of her letter to Mr Markle in 2018.

However lawyers for the publishers are today challenging the judge’s decision, outlining ten separate grounds that the judge failed to take into account in his original ruling.

The publishers appearing before the same judge argued he failed to sufficiently take into account that the Duchess ‘undermined or diminished’ the weight of her own privacy by collaborating with the authors of a People magazine article about the letter and with the authors of the royal biography ‘Finding Freedom’.  The book, by Omid Scobie and Carolyn Durant, contained references to the letter.

The publisher’s lawyers have also insisted that Meghan authorised five of her close friends to speak with People magazine for a February 2019 article that also referred to the letter, when details about it were first made public.

They argued that Meghan used the letter as part of a ‘media strategy’ with a view to publicizing its contents and had help from Palace aides writing it.

The publisher argued that the judge’s approach gave excessive emphasis to the Duchess’s privacy rights at the expense of their rights of freedom of expression and also Mr Markle’s right to give his side of the story.

They also insisted that a full trial should take place because further evidence would be made available by then and that the judge was wrong to assume that ‘nothing of significance would emerge.’

The lawyers revealed that Meghan had yet to disclose evidence in response to key claims being made and that Mr Justice Warby failed to take into account that her case had ‘shifted’ after she admitted that she did authorise one friend to speak with the authors of Finding Freedom.

The publisher’s lawyers maintained: ‘It is submitted that an appeal on these grounds would have a real prospect of success.’

Meghan Markle won her privacy claim against  Associated Newspapers Limited (ANL), publishers of the Mail On Sunday and MailOnline over a letter she wrote to her father Thomas

Lawyers for the publisher argued that the case must proceed to a full trial, where witnesses, including Meghan, Mr Markle and other key figures can be called.

The publisher’s lawyers said: ‘This shifting case cried out for investigation at trial through cross-examination of the Claimant.’

Meghan is requesting costs of £1.53million, which the publisher’s lawyers described as ‘extraordinary.’

She is also seeking immediate payment of £750,000 of this amount.

The court was also told that Meghan has withdrawn her request for aggravated damages and now seeks nominal damages, to be decided at a future hearing.

The publisher’s legal team argued that there is no need for the figure to be settled at a hearing because it would be only nominal, suggesting instead that ‘£1, £2 or £5 would do.’

The lawyers revealed that Meghan had yet to disclose evidence in response to key claims being made and that Mr Justice Warby failed to take into account that her case had ‘shifted’ after she admitted that she did authorise one friend to speak with the authors of Finding Freedom.

The publisher’s lawyers also said that Mr Justice Warby ‘erred’ by disregarding claims contained in a solicitor’s letter representing a group of former Royal aides, dubbed the ‘Palace four’ that they would be able to ‘shed light’ on Meghan’s letter.

The letter from law firm Addleshaw Gooddard was sent to the parties ahead of last month’s summary judgment hearing on behalf of Jason Knauf – formerly communications secretary to the Duke and Duchess of Sussex, whom the newspaper claims was involved in the wording of Meghan’s letter – and Christian Jones, their former deputy communications secretary, plus two other former Royal aides.

The publishers’ lawyers stated at the High Court today: ‘It was wrong for the Judge to dismiss the Addleshaw Goddard letter on the basis that it did not state that the information the Palace Four could provide would affect the outcome of the case or be favourable to the Defendant since that is not a fair reading of the letter and in any event, those matters are for the Court and not for a potential witness/es to determine.’ 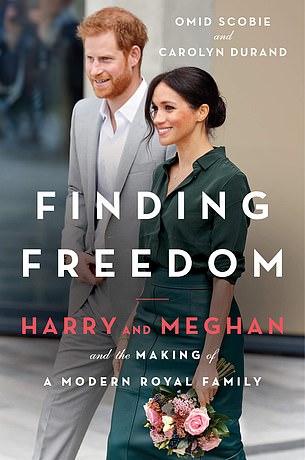 Other grounds for appeal related to Mr Justice Warby’s ruling that part of Meghan’s copyright was also breached.

The publisher’s legal team argued that he failed to take into account how much of the letter was her own creation and to what extent she had help writing it, thereby raising question marks over how much of the copy right she actually owned.

Meghan has asked the High Court to order The Mail On Sunday to hand over any copies of her handwritten letter to her father and destroy any electronic copies of it or any notes made about it.

Ian Mill QC, representing Meghan, also applied for an injunction to ‘restrain the acts of copyright infringement and misuse of private information’.

Mr Mill said: ‘This case is a paradigm example of one in which there is a very real need for an injunction.

‘It is required in order to protect the claimant’s rights and stop the continuing acts of infringement. 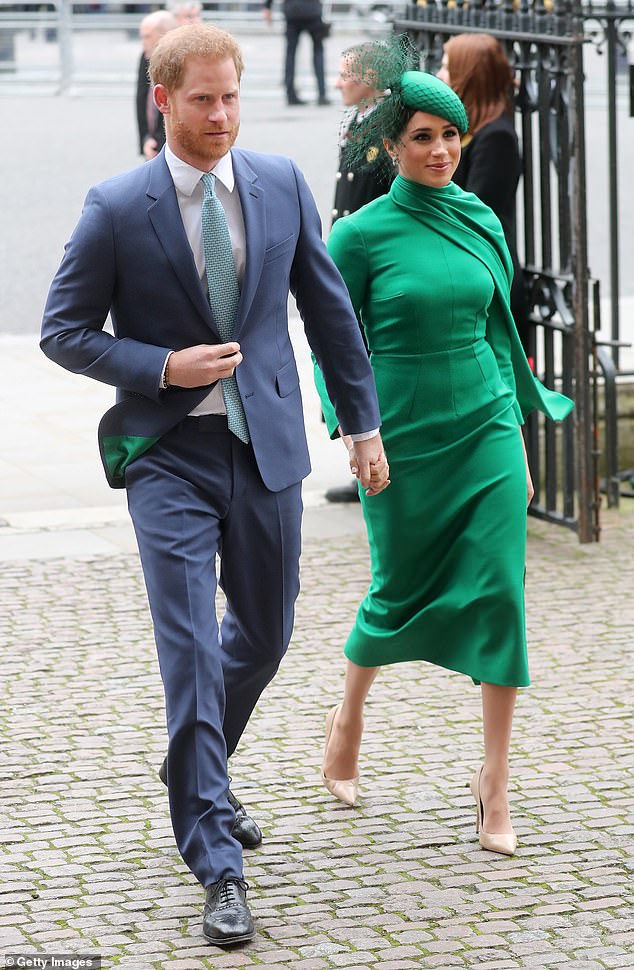 In avoiding a full trial in her dispute over the letter, Meghan (pictured with Prince Harry) avoided a potential High Court showdown with her estranged father, Thomas

‘This is in the face of a judgment which has found, in the clearest possible terms, that the defendant’s acts of publishing those articles infringes the claimant’s rights.

‘Accordingly, at the time of writing, the defendant defiantly continues to do the very acts which the court has held are unlawful.’