The U.S. Centers for Disease Control and Prevention has revealed almost 73 million doses of COVID-19 vaccines have been administered in the country as of Saturday, with more than 96 million doses distributed.

The tally is for both the Moderna and Pfizer/BioNTech vaccines, both of which involve two doses.

The numbers break down further to reveal that as of Saturday, 48,435,536 people had received at least one vaccine dose while 23,698,627 had received both doses.

A total of 7,043,540 vaccine doses have also been administered in long-term care facilities, the agency said.

On Saturday night it was revealed another 1,822 people had died from the disease bring the total to 511,787 lives lost across the United States.

There are still 48,870 people in hospital with the virus across the nation. It’s the first time in four months the figure has dipped below 50,000 hospitalizations.

The numbers are sure to rally further in the coming weeks following the approval of a third vaccine to combat the coronavirus which was formally approved as of Saturday evening.

The Food and Drug Administration is to allow distribution of Johnson & Johnson’s Covid jab as early as Monday.

The vaccine is the first of the approved injections to require just one dose instead of two.

The Johnson & Johnson vaccine will sit alongside those already offered by Pfizer-BioNTech and Moderna, with shipments expected to start within days.

‘We’re going to use every conceivable way to expand manufacturing of the vaccine — the third vaccine — to make even more rapid progress at getting shots in people’s arms,’ President Biden said on Friday while visiting Houston.

Biden described the federal government’s mass inoculation drive as ‘the most difficult operational challenge this nation has ever faced logistically.’

He said there were to be expected challenges in reaching people in remote areas, and in persuading others who were ‘hesitant to take the shots.’

‘We all know there’s a history in this country of subjugating certain communities to terrible medical and scientific abuse, but if there’s one message that needs to cut through all this: The vaccines are safe. I promise you,’ Biden said. 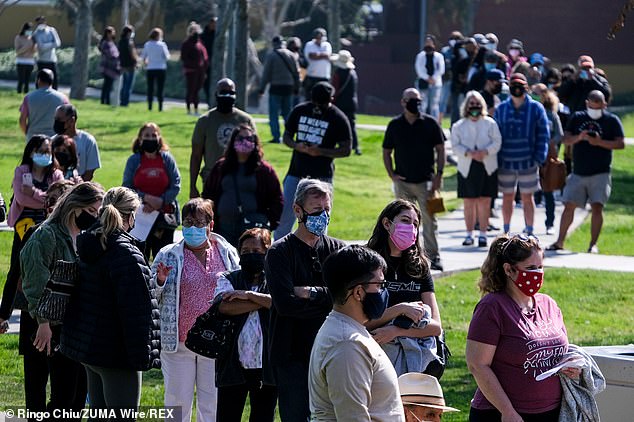 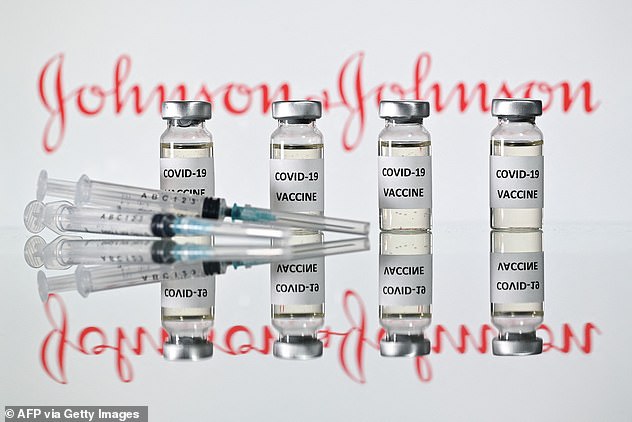 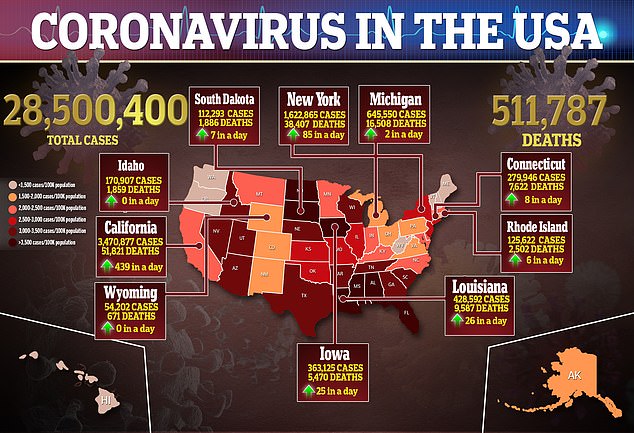 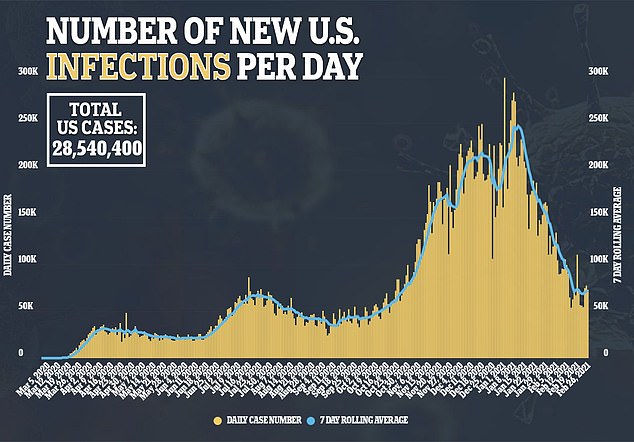 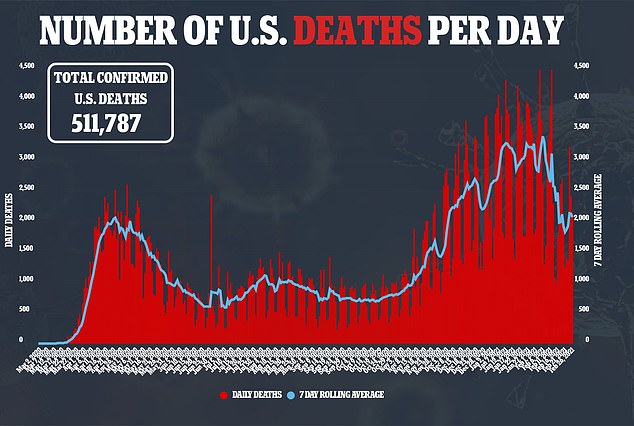 The United States has recorded about 28.5 million coronavirus cases and 511,787 deaths.

Daily case numbers are roughly where they were in October and well below the single-day record of about 300,000 infections set in early January, but federal health officials are warning impatient governors not to relax pandemic control measures, fearing a recent steep drop in cases and deaths could be about to level off.

Concerns have been raised after the seven-day average for new cases — 67,744 as of Saturday evening — had been creeping upwards.

The latest coronavirus variant was discovered in New York City this week and another worrying version of the virus is spreading through California.

‘Things are tenuous,’ Dr. Rochelle Walensky, the director of the Centers for Disease Control and Prevention, said on Friday. ‘Now is not the time to relax restrictions.’