Leftists continue to lose their minds — or believe they can get away with blatant violence — in public places full of surveillance cameras.

What are the details?

Police in Fall River, Massachusetts, said a mother was driving with her 11-year-old daughter in the area of South Main and Hall streets last week when two women in another vehicle apparently didn’t take too kindly to the mom’s flags supporting President Donald Trump that were flying off both sides of her SUV, WHDH-TV reported.

Police provided the station with surveillance video showing the initial part of the confrontation, as the Trump supporter’s vehicle is within the yellow oval on the left side of the screen while an arrow points at the suspects seated in a vehicle on the right side of the screen:

The women pulled up to the victim’s vehicle, exchanged words about the flags, and then violently assaulted her — as her daughter looked on from the back seat, Fall River Police Lt. Jay Huard told the station.

“[The mom] was trying to attempt to de-escalate the situation by telling the two females to get away from her car,” Huard added to WHDH. “She put her window down to … communicate in a better fashion, and at that point she was punched through the open window.”

Police shared a surveillance image showing the suspects fleeing the scene in a gray Nissan Altima, the station said.

Concerned resident Jessica Spauone told WHDH she’s outraged by the incident: “I hope they find them. That is so rude and disrespectful, and they should pay for what they did.”

She added to the station that “we need respect. People have lost that humanity; we need that again. People need to bond together and learn how to love each other.” 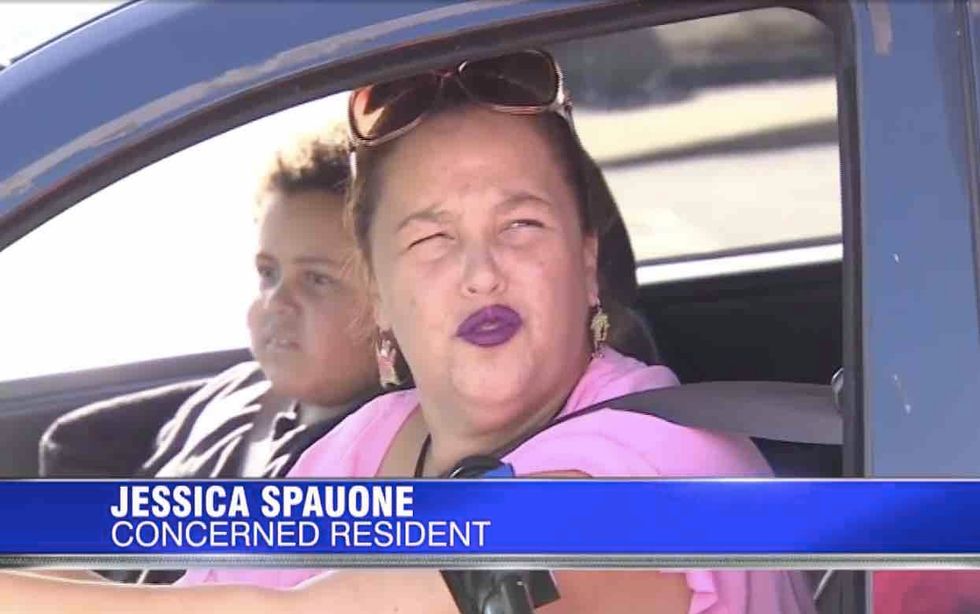 Huard told WHDH his department has been responding to an increasing number of crimes related to the presidential election.

“I would just say maintain your composure,” he added to the station. “Everybody is entitled to their own opinion, and let your voice be at the polls.” 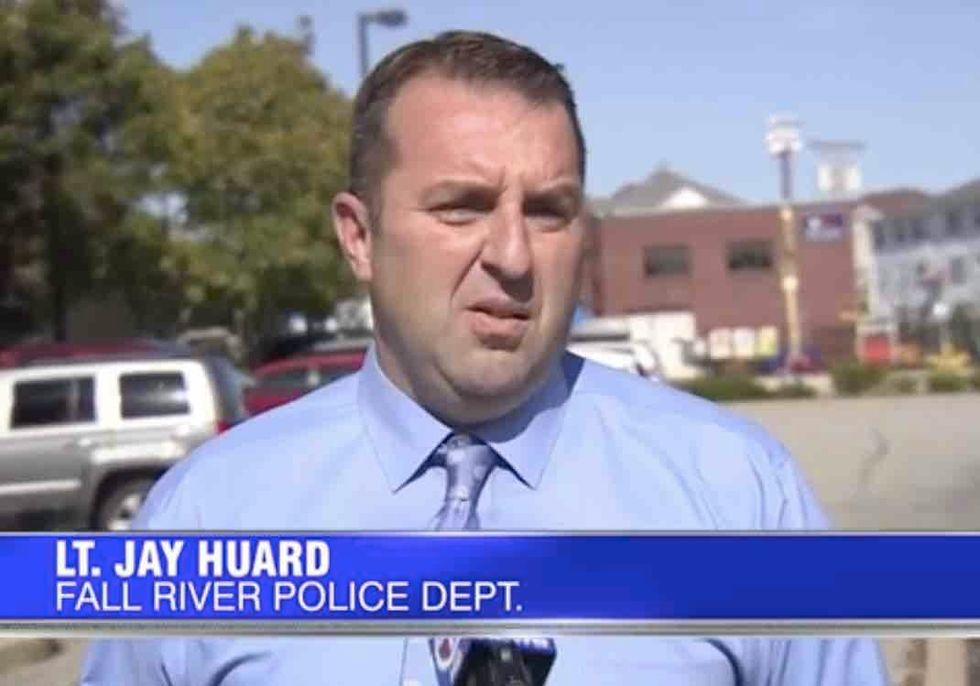