A Black Lives Matter group took to the streets of Minneapolis following the guilty verdict in the trial of former police officer Derek Chauvin. The jury found Chauvin guilty on two murder charges and the manslaughter charge.

Breitbart News is reporting live from outside the courthouse. BLM marchers immediately moved into the streets to celebrate the result.

“We did it right,” one man shouted as the march began.

Celebrations and dancing outside the courthouse after the guilty verdict in the Chauvin trial #Minneapolis #ChauvinTrial pic.twitter.com/WIOW0W2mCZ

Marchers said they will continue to march in memory of George Floyd and continue to push for change. “This is not a celebration,” one protester said. “This is a first step.”

The jury found Derek Chauvin guilty on all three counts after deliberating for a little over ten hours. The judge ordered Chauvin’s bond revoked. Deputies took the former police officer in handcuffs and led him from the courtroom. 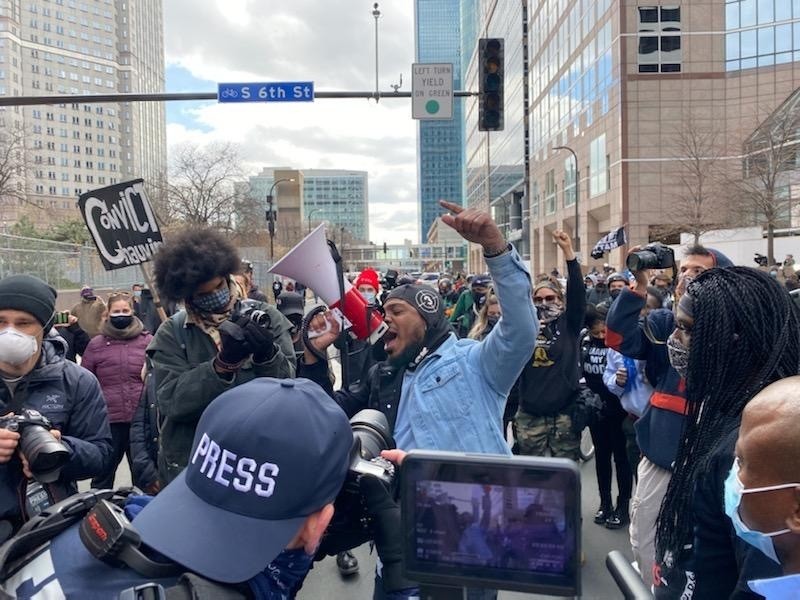 Marchers poured into the streets outside the courthouse and began a march intended to culminate in Brooklyn Center as the group seeks to move the focus to the killing of Daunte Wright nearly ten days ago. In that case, former Brooklyn Center Police Officer Kimberly Potter faces a charge of Second-Degree Manslaughter. 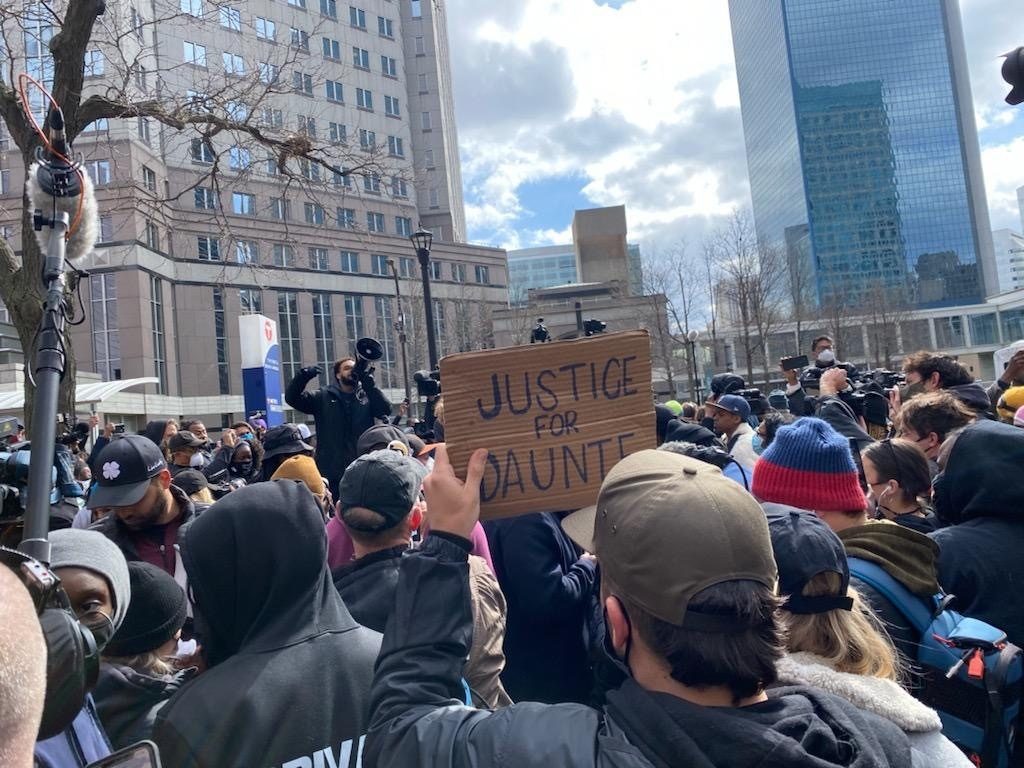 BLM marchers called for justice in the case of the killing of 20-year-old Daunte Wright in Brooklyn Center, Minnesota. (Photo: Matt Perdie/Breitbart News)

Bob Price serves as associate editor and senior news contributor for the Breitbart Texas-Border team. He is an original member of the Breitbart Texas team. Price is a regular panelist on Fox 26 Houston’s What’s Your Point? Sunday-morning talk show. Follow him on Twitter @BobPriceBBTX and Facebook.